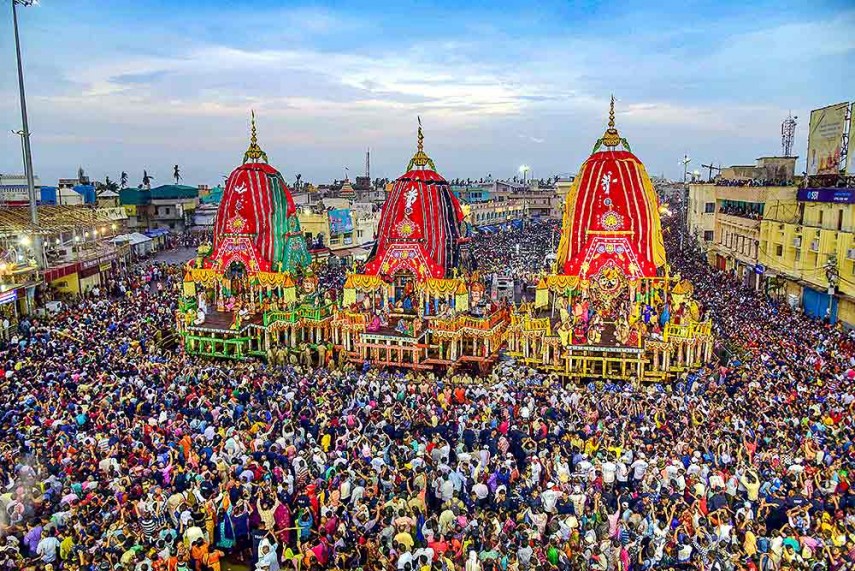 The Rath Yatra festival is celebrated in Orissa with great enthusiasm and devotion. It is a very beautiful pastime of the Lord which is celebrated as Rath Yatra.16 days before the Rath Yatra, when the moon is full, the Lord Jagannath takes bath and become sick. After that, He is confined to take rest for the next 14 days. He is then provided with special care until He becomes fit for the Rath Yatra.

The special bath takes place in the month of Jyestha during Purnima. This memorializes the appearance of great Lord Jagannath. According to the sacred Skanda Purana, when king Indradyumna placed the wooden-made Deities, he organized this special bathing ceremony. The day is considered as the appearance day of Lord Jagannath. A spiritual text written in the Oriya language is known as the ‘Niladri Mohadaya’. In this text, we could find the records of this fabulous festival. The earliest form of Lord Jagannath is known as the ‘Nilamadhava’. If you are willing and curious enough to find the story of Lord Jagannath, then it is beautifully described in the Jagannath Priyan Natakam. It is the most popular drama of Lord Jagannath. From that time, Sauras and Daitas are the people who have the exclusive right to organize this auspicious festival.