Sri Gaura Purnima is the auspicious appearance day of Sri Chaitanya Mahaprabhu who is also known as Gauranga due to His golden complexion. This festival also marks the beginning of the New Year for Gaudiya Vaishnavas.

As stated in the scriptures, the Supreme Lord Sri Krishna appeared as Sri Chaitanya Mahaprabhu to establish Sankirtana (chanting of the Holy Names) – the Yuga Dharma for this age of Kali. He appeared on Phalguni Purnima, the full moon day in the month of Phalguna, (Feb-March) in the year 1486 AD (1407 Shakabda) at Sridham Mayapura as the son of Sri Jagannath Mishra and Srimati Sachidevi. His parents named Him Nimai since He was born under a Nimba (neem) tree in the courtyard of His paternal house.

This year we are celebrating the 534th anniversary of Sri Chaitanya Mahaprabhu’s appearance on March 28, 2021. Under the current circumstances of COVID precautionary mandate from the government, we invite you all to join us online for the celebrations and receive the blessings of Sri Chaitanya Mahaprabhu. Resident devotees on Hare Krishna Hill will conduct the festival, following the safety and precautionary measures with respect to the pandemic. 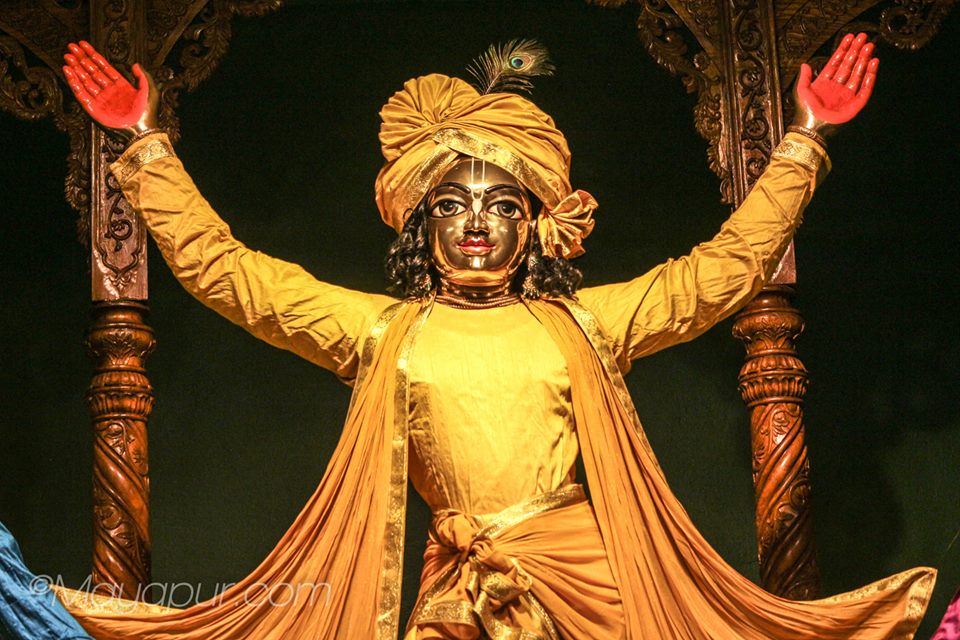